What is this program about?

The initiative will consist of four rounds of reciprocal exchanges, virtual components prior to, during, and following the trips, as well as a final conference to include all the participants and other actors involved in the implementation of the initiative. A key element of the project is the ACG’s intent to provide the participants with an opportunity for the practical – and immediate – exchange of ideas, best practices, and policy recommendations relevant to their cities and regions. The selected participants should share insights regarding their local circumstances, enabling them to work with their counterparts in other cities to define strategies and develop specific, hands-on approaches that could be potentially implemented in their cities and regions over the next five years.

What cities will be involved?

The following cities and states will take part in Transatlantic Cities of Tomorrow: Digitalization and the Future of Work: 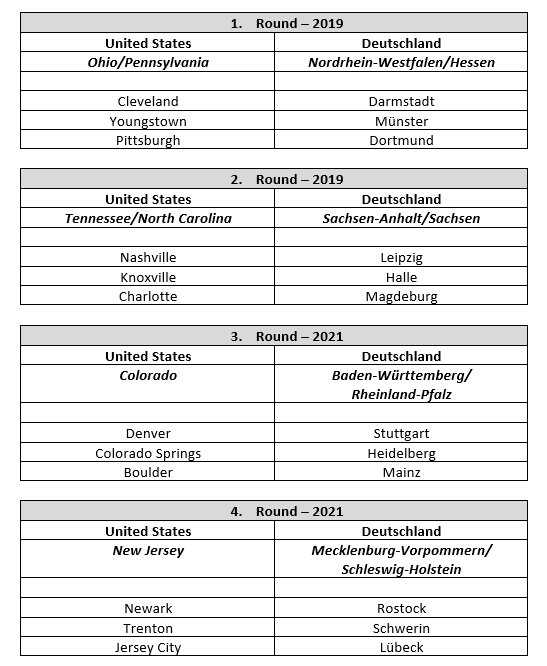 Selection of these cities was based on a variety of factors including:

What will take place during the reciprocal exchanges?

Each of the four exchange rounds will consist of: