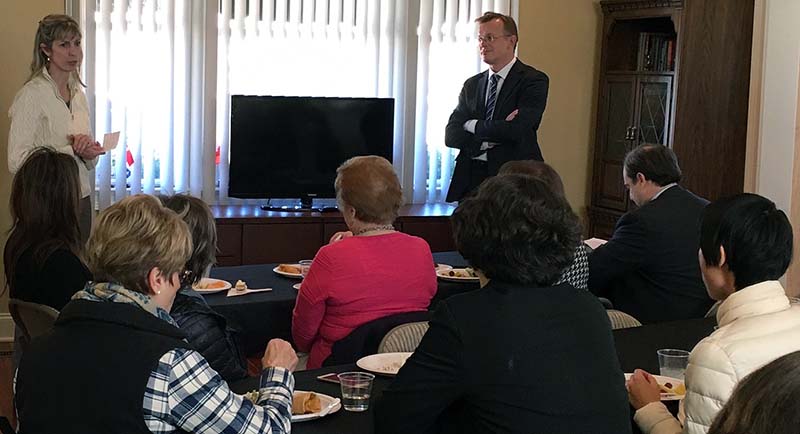 Founded in 1993, the Nashville Warburg Chapter is one of the ACG’s oldest chapters. The founding members consisted largely of the people who had organized or sponsored the 1992 ACG Young Leaders Conference – attorneys, judges, business people, and academics, all of whom had an interest in foreign affairs in general, or Germany in particular.

The Nashville Chapter partners with a number of other organizations including the Committee on Foreign Relations, the German American Chamber of Commerce, Sister Cities of Nashville, the German Department and Max Kade Institute of European Studies at Vanderbilt University, and Tennessee State University.

About the Chapter Co-Directors

Douglas Berry is a member of the firm Miller & Martin PLLC. His practice concentrates on municipal law, zoning, eminent domain, and general commercial litigation. Mr. Berry was the City Attorney for Franklin, Tennessee, from 1989 through 2007 and is currently the Interim Town Attorney for Smyrna, Tennessee. He has represented many other Middle Tennessee cities, counties, and pubic utilities in litigation and non-litigation matters over the past 25 years. Mr. Berry was an ACG Young Leader in 1992.

Paul Gallagher relocated to Nashville from San Francisco in 2018.   He currently leads technology and operational initiatives for Pinnacle Financial Partners.   He has worked in banking and related financial services throughout his career, including stints at PayPal, First Republic Bank, Silicon Valley Bank, and Wells Fargo.  Paul was introduced to the ACG upon his return to the U.S. from a three year stint in Germany, including a year as a Robert Bosch Fellow and two years at the Boston Consulting Group in Munich.  He was active in the San Francisco chapter for many years.