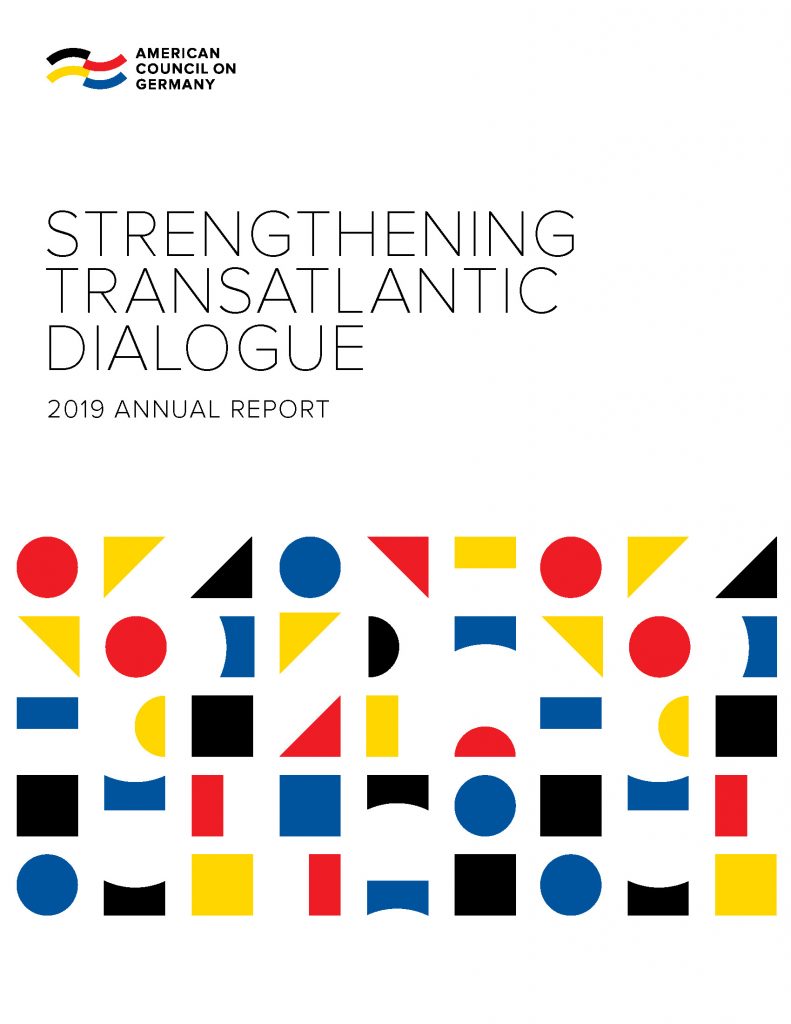 It would be naive to forget that there has always been an ebb and ﬂow in the transatlantic relationship. The ups and downs were particularly tangible last year as Europe and the United States marked several important anniversaries. 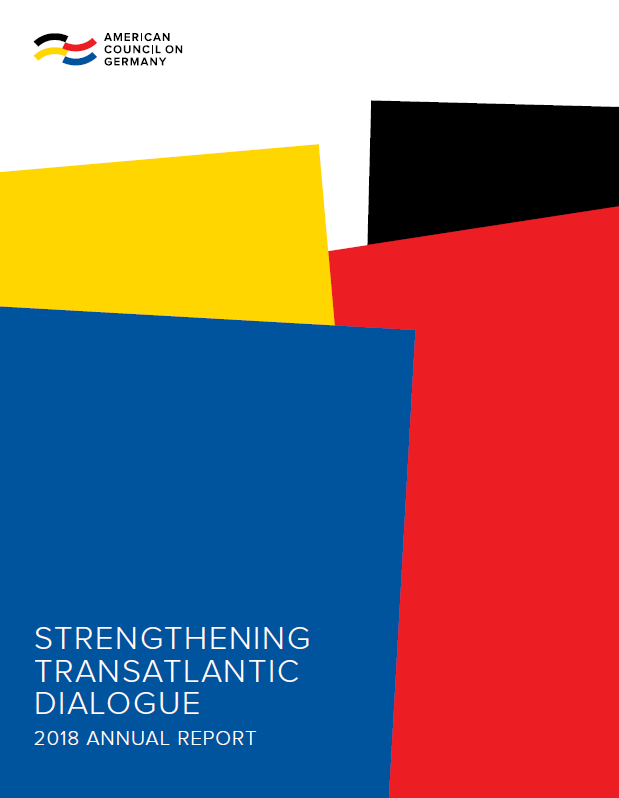 2018 was a volatile year – and I am not just talking about the markets. For U.S. and European domestic politics, 2018 was marked by unexpected developments and a high degree of uncertainty. Some might even say it was a chaotic year. Together the ambiguity in domestic politics and a complex global environment have had a profound impact on the transatlantic
partnership. The volatility and uncertainty that characterized 2018 are likely to continue well into 2019 – and even beyond…. 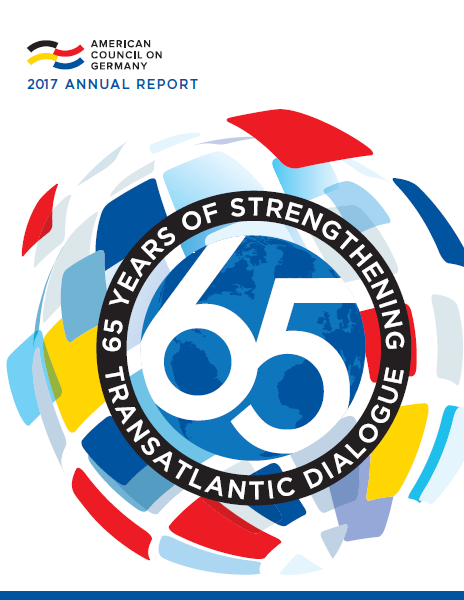 In the early 1950s, a small group of women and men had the foresight to create an organization dedicated to promoting transatlantic relations and to changing the perception of Germany in the United States after the first half of the 20th century. Although the world has changed considerably since then, the role the American Council on Germany plays today to strengthen ties across the Atlantic is more important than ever… 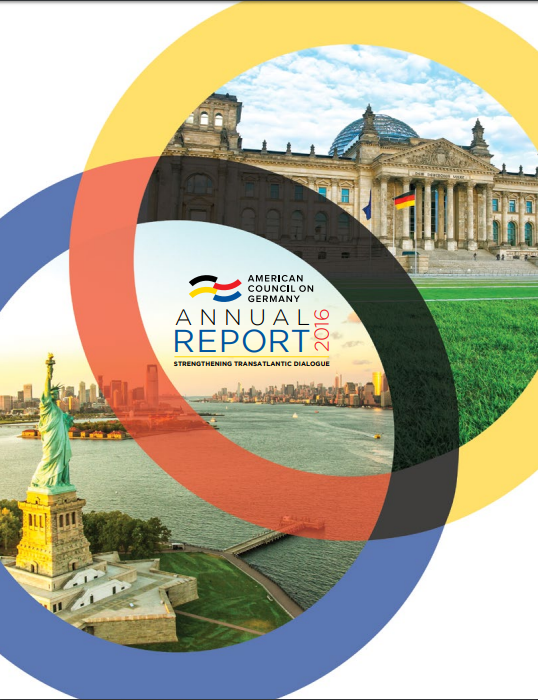 In November 2016, after much discussion, debate, and research, the Oxford Dictionaries announced their word of the year: Post-truth, an adjective defined as “relating to or denoting circumstances in which objective facts are less influential in shaping public opinion than appeals to emotion and personal belief.” Less than a month later, postfaktisch topped the list of words of the year put forward by the Gesellschaft für deutsche Sprache. 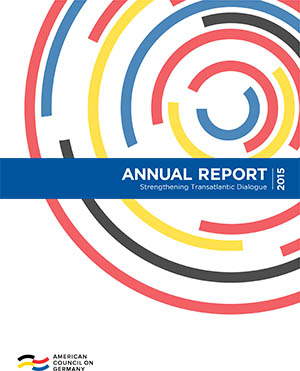 As we have moved further into the 21st century, it has not become any easier to address the complex challenges facing the international community. Indeed, many of the issues on today’s global agenda were not on the radar as recently as two years ago. Russia’s incursion into Ukraine, the rise of ISIS, and Europe’s migrant crisis are new developments that threaten stability within Europe and in regions around the world. A strong transatlantic partnership is necessary to tackle these emerging challenges and to guarantee peace and stability. 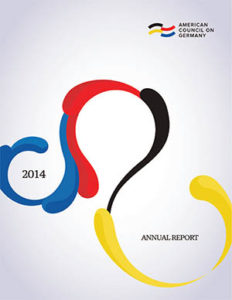 The year 2014 was a time of intensity in the German-American relationship and at the American Council on Germany. The worsening crisis in Ukraine put Germany and Chancellor Angela Merkel at the center of the world stage. Efforts on both sides of the Atlantic were directed toward finding a solution withoutcreating a rift between the United Statesand Europe. The Transatlantic Trade and Investment Partnership (TTIP) negotiations continued, but hopes to hammer out a deal on a “single tank of gas” (as Vice President Joe Biden advocated) appeared to be fleeting. The landscape of energy issues saw dramatic changes, as falling oil prices gave consumers relief at the pump while fueling volatility in the global economic outlook. The transatlantic relationship was also still feeling the reverberations from the NSA revelations. 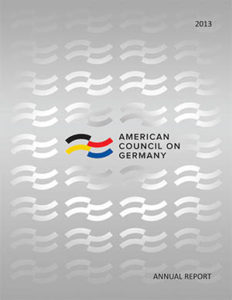 The past 12 months have been a tumultuous time for the German-American partnership. The NSA spying scandal has damaged trust and highlighted a yawning gap in security perceptions between two close allies.

Germans emphasize the need to protect privacy in the Internet age while Americans, still traumatized by the 2001 attacks on Washington and New York, recall that a number of perpetrators were based in Hamburg and insist on going to great lengths to avert future terrorist attacks. 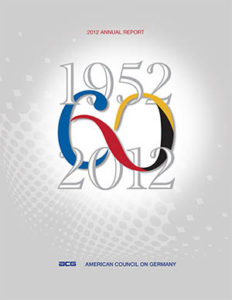 Over the past year, the decline of the West has become a popular theme among pundits who point to the chronic eurozone crisis and dysfunctional politics in Washington as symptoms that suggest the Atlantic partnership’s era of historic centrality will soon be over. In the face of surging ambitions among emerging powers like China, India, and Brazil, many Americans and Europeans wonder whether the West’s best days as the most dynamic advocate of free market democracy have already passed. But a closer look at reality shows that talk about the demise of Atlanticism is grossly inaccurate. Trade and investment flows between Europe and the United States still account for nearly half of the global economy. 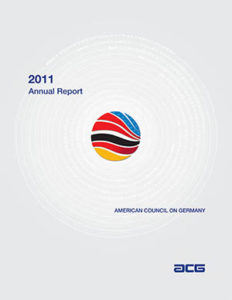 As we prepare to celebrate the 60th anniversary of the founding of the American Council on Germany, the sundry economic and foreign policy challenges facing the West remind us that the German-American partnership still serves as the vital foundation of the transatlantic alliance. President Obama cited Germany’s undisputed leadership role in Europe when he presented Chancellor Angela Merkel with the Presidential Medal of Freedom at a state dinner hosted in the White House Rose Garden last June, and he noted that our two countries can solve many of our international problems only by working together. Indeed, the policy agenda confronting Germany and the United States stretches across the entire globe. 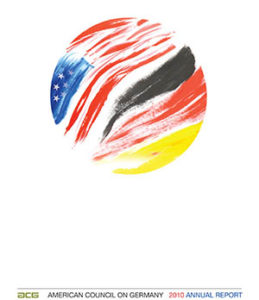 The euro crisis and the fragile state of the global economic recovery dominated headlines during the course of the year 2010. But this dual vulnerability also showed that the relationship between Germany and the United States  serves as the central foundation of the Atlantic alliance. While Americans struggled to keep their jobs and southern Europeans reeled under the weight of a debt crisis, Germany’s powerful export boom drove unemployment levels to an 18-year low and bolstered the nation’s enviable record of prosperity. Indeed, the United States sought to emulate Germany’s successful policy innovations as the Western world tried to revive its leadership and momentum in the face of surging competition from 21st-century powers like China, India, and Brazil.