In Davos leaders agreed on the dramatic impact of climate change and its effect on the world economy. But besides the clash between Greta Thunberg and President Trump, to which many media dedicated their coverage, there was a more interesting fault line that became obvious. 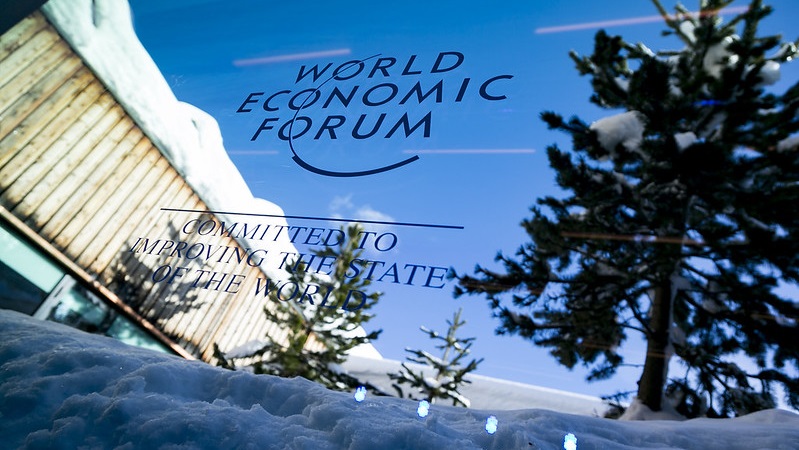 The public awareness and pressure on business leaders and government representatives for this year’s World Economic Forum (WEF) in Davos, raised by the horrific pictures of the Australian bushfires or the recent McKinsey study on the economic consequences of climate change, couldn’t have been higher. Shortly before the talks at Davos, the McKinsey Global Institute (MGI) issued the study Climate Risk and Response, which combined scientific climate models with economic forecasts up to 2030 and 2050, analyzing the socioeconomic consequences of climate change in more than 100 countries, which represent 90 percent of global GDP. In nine regional case studies, MGI examined the effects of heat waves, flooding, and crop failures and possible consequences. According to the study, hundreds of millions of lives are at risk from a changing climate, along with trillions of dollars in economic activity – all affecting global trade and future investment decisions.

In addition to these alarming results, another document caught the attention of the WEF participants and media: the much-discussed annual letter to clients from the CEO of BlackRock, Larry Fink. His letter is more than just a nice plea for more sustainability; it represents a seismic shift of universal investors targeting the risks of climate change for industries and categorizing sustainability as the new face of risk for financial markets, and therefore implementing standards to protect their investments.

For sure, no investors want their holdings in companies to be associated with child labor, massive deforestation, or corruption. Small investors might be able to choose to invest only in those firms that are fulfilling Environmental, Social, and Governance (ESG) standards. But universal investors have to be invested in an entire industry, and these issues become unavoidable risks that these investment firms cannot diversify away from. There are 15 firms that individually manage $1 trillion (3.75 percent of the top 400). Together these firms manage nearly $30 trillion. These top players include BlackRock, which now manages over $7 trillion; The Vanguard Group, which controls $4.5 trillion; and the Japanese Pension Investment Fund, which has $1.36 trillion under management.

These numbers show the impact of universal investors on the world of finance, and it isn’t the first time the CEO of BlackRock has voiced his concerns about a lack of transformation: In January 2018, Larry Fink sent a letter to the CEOs of the companies in which BlackRock is invested. He wrote, in part: “Society is demanding that companies, both public and private, serve a social purpose. To prosper over time, every company must not only deliver financial performance, but also show how it makes a positive contribution to society. Companies must benefit all of their stakeholders, including shareholders, employees, customers, and the communities in which they operate. Without a sense of purpose, no company, either public or private, can achieve its full potential.” In 2020 he announced that BlackRock will ask the companies they are invested in to publish a disclosure in line with industry-specific guidelines by the Sustainability Accounting Standards Board (SASB).

SASB has created materiality map at the sector and industry level to show which metrics are likely to be material for different businesses. “Materiality” is a technical accounting term: Information is material if, when it’s missing or incorrect, it will likely have an impact on an investor’s decision-making process. For example, SASB suggests that within the services industry, information about energy management, customer welfare, and systemic risk management is likely to be material; while within the transportation industry, information about greenhouse gas emissions, air quality, fuel management, employee health, and accident and safety management is likely to be material.

Sustainability in business models is driven by the demands of the financial markets, especially in the United States: With a deadlocked Congress and a U.S. President who questions the validity of climate change, sustainable finance might be the driver for changing industries worldwide. Donald Trump “is the only one who didn’t get it, and the business world should address this,” said Robert Habeck, Chair of the German Green Party, after President Trump’s speech in Davos. After days of workshops and debates, it seems that business leaders from around the world and especially corporate America understood the consequences of the Paris Agreement and the need for sustainable business strategies. But as the closing event of Davos, a talk between Christine Lagarde and Treasury Secretary Steven Mnuchin gave little hope that this challenge will soon be solved with a coordinated international response from governments in Europe and the U.S.

The European Union agreed on a detailed framework on sustainable finance, the so-called Taxonomy, and issued Green New Deal, which will mobilize at least 1 trillion euros of sustainable investments over the next decade. The German federal government has specifically appointed an Advisory Council on Sustainable Finance, which is working on the development of its own national strategy. For sure the reactions of DAX companies to Larry Fink’s letter and the rising awareness of the public for climate-relevant business activities will have an impact on the German economy as well, not only because BlackRock invested almost 60 billion euros in the 30 DAX-listed companies.

Markets are driving for a sustainable future, as a lack of sustainability simply is the new definition of risk.

Under the auspices of the DZ BANK Fellowship, Martin-Sebastian Abel interviewed high-level experts in the U.S. and Germany on the topic of fossil-fuel divestment and sustainable finance from May to June 2019. The author extends special thanks to Alessia Falsarone, Managing Director of PineBridge Investments, for making it possible to meet SASB in San Francisco in June 2019 and talk about recent developments and the adoption of standards by companies in the U.S. and Europe.