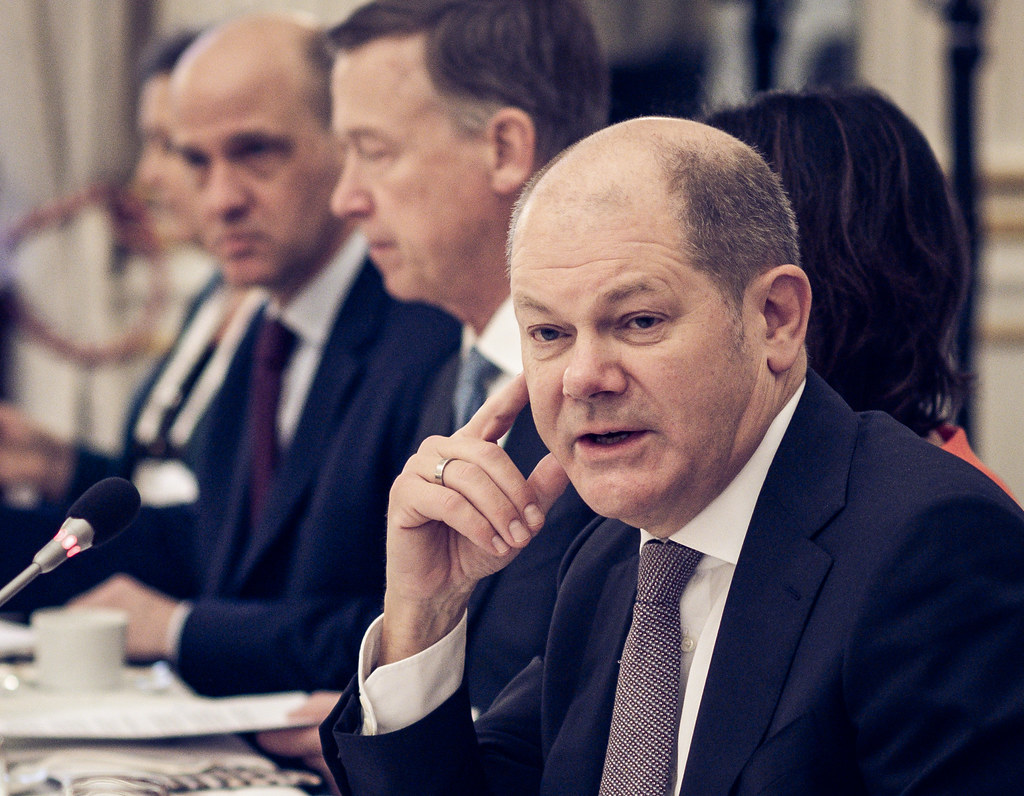 In February 2019, Vice Chancellor and Federal Minister of Finance Olaf Scholz – who is now the Social Democrat’s candidate for Chancellor – kicked off an official side event at the Munich Security Conference hosted by ACG and AICGS. In his remarks, he underscored the common values and the mutual interests shared by Europe and the United States. In the face of today’s common global challenges, the transatlantic partners must continue to work together in a multilateral rules-based system to guarantee peace and prosperity.

“Friends with Benefits? Global Trade and Investment Policy and the Future of the Transatlantic Alliance”

On February 16, the American Council on Germany (ACG) partnered with the American Institute on Contemporary German Studies (AICGS) to hold an official side event on the periphery of the Munich Security Conference (MSC). More than 50 politicians, government officials, journalists, and opinion leaders from Germany and the United States attended the event, which was carried out in cooperation with Atlantik-Brücke. ACG President Dr. Steven E. Sokol co-moderated the event with AICGS President Jeffrey Rathke. Held under the Chatham House Rule, the discussion focused on the nexus of economic policy and national security.

For 70 years, the transatlantic partnership has been characterized by strong economic and security ties, but they have largely been separate issues. Today, foreign investment impacts on national security are taking on increasing significance, with the United States and European countries strengthening their investment screening for strategic industries. At the same time, the United States is justifying tariff barriers on national security grounds. Those present at the side event discussed the shared transatlantic economic and security interests, as well as the degree to which the United States and Europe can adopt common approaches to address common challenges.

Vice Chancellor and Federal Minister of Finance Olaf Scholz made the first substantive contribution. He began by stressing the common values as well as the mutual interests the United States and Europe share. In today’s geopolitical environment, a multilateral rules-based order is the best guarantee for continued peace and prosperity – but we can continue to improve our cooperation further. Taking today’s complex global challenges into consideration, no single country can overcome them alone.

In a strong statement of bipartisan support for the transatlantic relationship, more than 50 U.S. elected officials attended the MSC this year. Senator Jeanne Shaheen (D-NH), who serves on the Armed Services Committee, was among them. She followed the Minister by talking about economic policy and national security. The transatlantic partnership is important because together we are stronger – and there is a deep interest in maintaining the alliance. There is also hope that the United States and Europe can develop a common approach to China.

The Co-Chair of the German Green Party, Annalena Baerbock, echoed Minister Scholz in saying that in today’s multipolar world, Germany – and Europe – must focus on military security and economic security. The United States and Europe share core values that should make it easy to rely on a strong transatlantic alliance, but there are questions about whether or not one can rely on the United States. China poses a specific challenge – in both economic and military terms – and it would make sense to develop a common China strategy.

Former Governor of Colorado, John Hickenlooper, (who also served two terms as Mayor Of Denver) offered a perspective from the state/local level. International engagement can – and should – be defined as partnerships Every country needs partners and allies because our economies are interconnected – and because today’s challenges know no international boundaries (i.e. climate change, pandemics, cyber security, etc.). As we grapple with these challenges, we may find ourselves on the cusp of a better system. We can build a better world order.

Lastly, Bundestag Member Peter Beyer (CDU), who also serves as Coordinator of Transatlantic Cooperation in the German Foreign Office, took the floor. Although we have a strong transatlantic alliance, it is fractured and fragmented. 2019 will be a decisive year for the transatlantic relationship. There are a number of issues which need to be addressed – ranging from the INF and JCPOA treaties to trade and Nord Stream 2.

In a lively discussion, the group addressed a wide array of topics, including, China and AI, the INF treaty and the potential for a new arms race, and defense spending. With regard to Brexit, some believe it will not divide the continent. Instead, it can serve as a catalyst to bring Europe together. There was some discussion about developing industrial policy at the EU level rather than the national level. The group also discussed military capabilities and the procurement process.