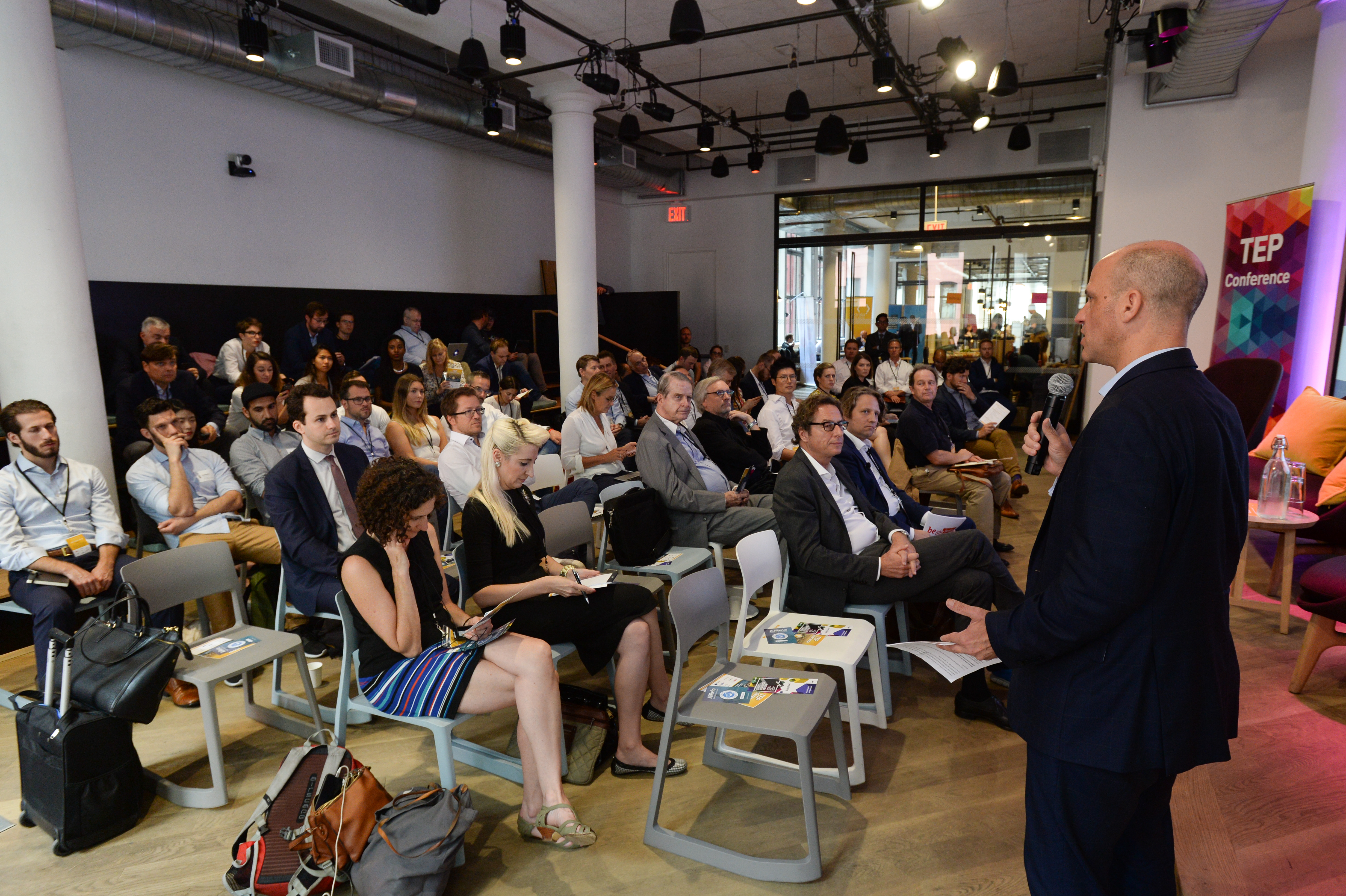 Since 2011, every fall the American Council on Germany has partnered with Berlin Partner, the German Consulate General in New York, and New York International to host the Transatlantic Entrepreneur Partnership Conference – or TEP. The conference brings together startups from Berlin and New York, venture capitalist, business leaders, policy makers, government officials, and academics for several days of meetings, site visits, and carefully curated discussions in order to learn best practices and build bridges between the startup communities New York and Berlin. This year, more than 15 Berlin startups came to New York from October 9 to 12 to interact with peers from New York and around the world. Under the auspices of TEP, the ACG took the lead in organizing a series of panel discussions on October 10 focused on the challenges and opportunities facing cities in the digital age.

Before an audience of more than 100 people, ACG President, Dr. Steven E. Sokol, began by talking about the “convening power” of TEP. He said that the conference was unique in its ability to bring together urban affairs experts, startups, entrepreneurs, and people from the tech field for the open exchange of ideas. This is critical at a time when the planet is becoming a world of cities. In 1800, only three percent of the world population lived in cities. By the turn of this century, nearly half of the earths 7.6 billion people made their home in urban areas. It is a stunning transition – with profound ramification especially as we get further into the digital age. 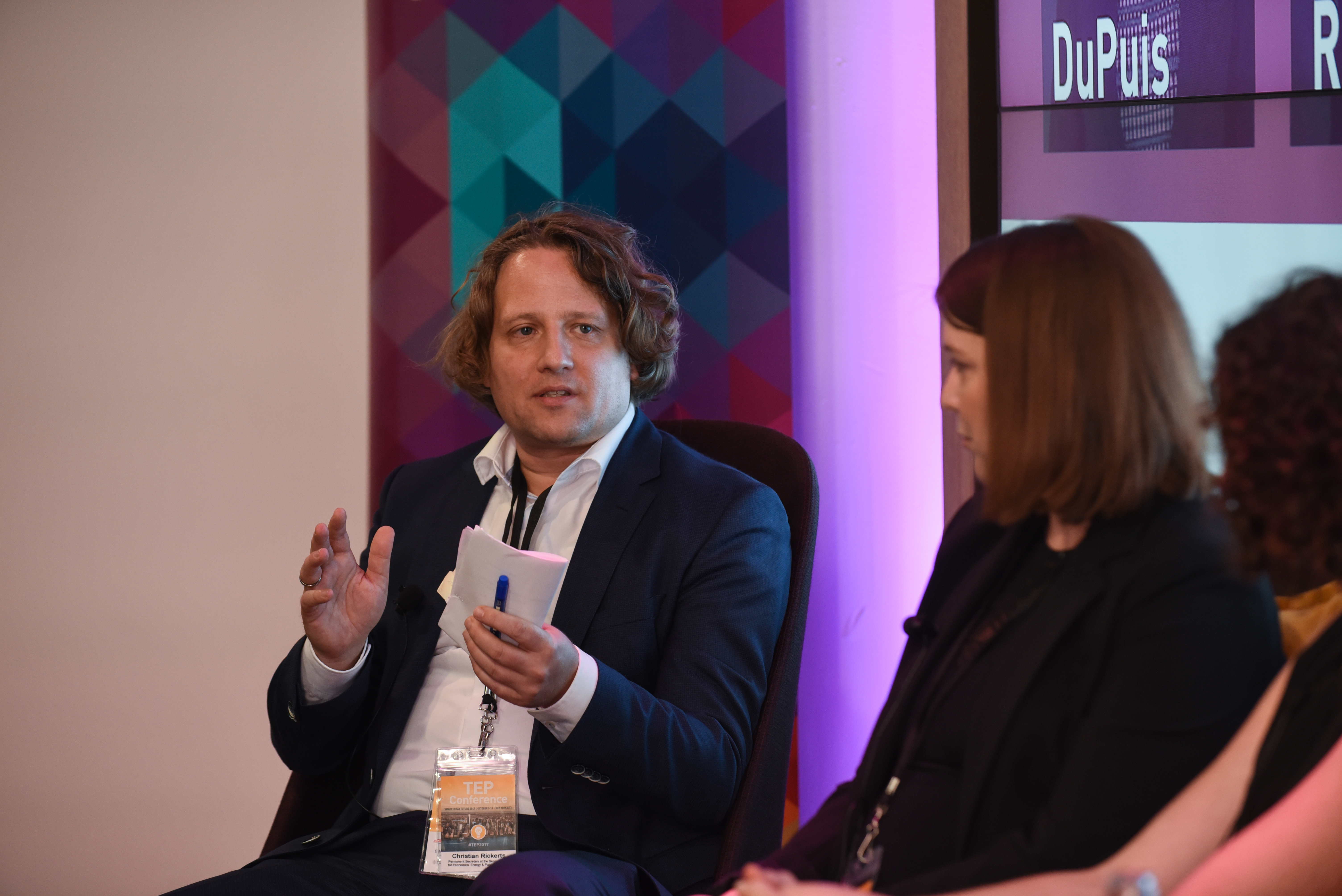 Berlin’s State Secretary for Economic Affairs, Energy, and Public Enterprises, Christian Rickerts, set the stage for the first panel by talking about how Berlin has addressed (and embraced) the challenge of digitalization. Mr. Rickerts noted that the fall of the Berlin Wall and German unification gave Berlin the opportunity to rebuild itself. He talked about how Berlin has been evolving and changing since it became the seat of government. For example, it has now become the largest startup hub in Germany. Mr. Rickerts was joined by Nicole DuPuis, Principal Associate for Urban Innovation for City Solutions at the National League of Cities, and Jessica Wurwarg (2016 McCloy Fellow), Director of Energy Management and Sustainability for New York City’s Department of Transportation, for a panel about cities and digital disruption which was moderated by ACG Program Director Robin Cammarota. The panel noted that being a smart city is not simply about using more technology or using technology better, it is also about becoming more green and sustainable. Among other things, the panelists discussed the shared economy – and how it has helped cities reduce their carbon footprint.

TEP Co-Founder Ole Jani, Partner CMS Law.Tax in Berlin, moderated a panel on “Big Data and Artificial Intelligence” featuring Craig Campbell, Special Advisor in New York City’s Mayor’s Office of Data Analytics; Dr. Steven E. Koonin, Director of NYU’s Center of Urban Science and Progress; and Jason Whittet, who is responsible for Smart Cities Business Development at AT&T. The panelists discussed data, digitization and the impact on cities. They reflected on the need for data to be collected by cities around the globe. How the information is gathered and used can help local authorities better serve their communities. Technology is something we need to embrace not revile as we think about the city of tomorrow. 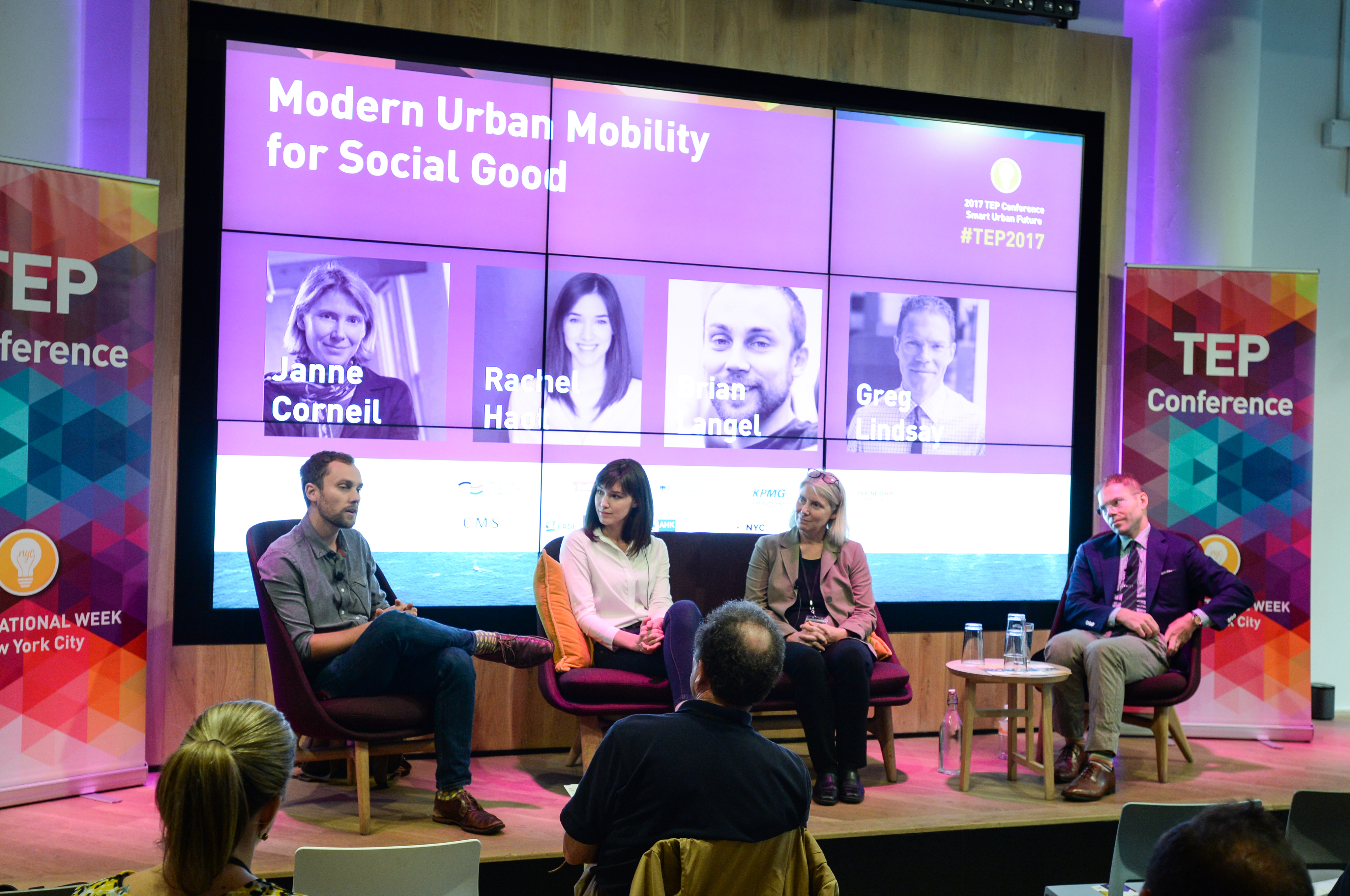 Janne Corneil, Principal with Corneil Collaborative; Rachel Haot, Board Member of Tech:NYC; and Greg Lindsay, Senior Fellow with the New Cities Foundation, discussed “Modern Urban Mobility for Social Good” in a panel moderated by Brian Langel, Co-Founder of Dash Labs Inc. The panel had a lively discussion about the importance of mobility and that it can impact the welfare and well-being of communities. One of the speakers noted that mobility in urban areas is tied to land use and the geography of where people live and work. 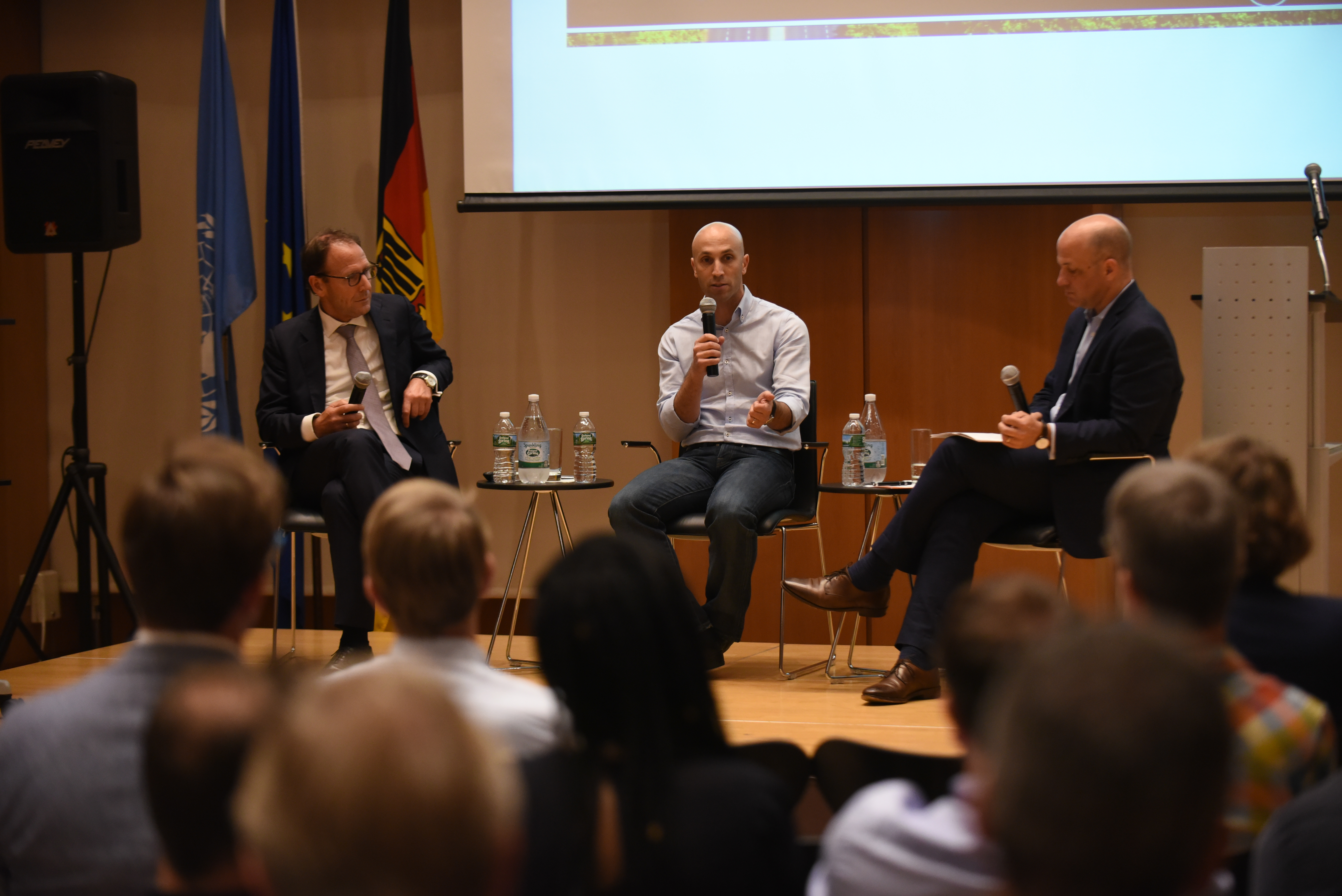 The day’s substantive program ended with a reception and panel discussion on urban mobility in the digital age hosted by the German Consulate General in New York. After opening remarks from the Deputy Consul General Jens Janik, Stefan Knupfer, Senior Partner with McKinsey & Company, and Dr. Daniel Ramot, CEO and Co-Founder of Via took to the stage to discuss why mobility is important for cities. Mr. Knupfer set the stage by talking about significant technological advances that seem futuristic today, but will be ubiquitous in just a few years, such as electric cars and autonomous vehicles. These technological developments will require that we rethink public transportation in urban areas. Mr. Ramot agreed but argued that transportation in more rural areas will change as well. He shared some insights on why Via has been successful in a market dominated by Uber and Lyft. In addition to technological advances, the shared economy is thriving. Both speakers touched on the importance of public-private-partnerships when considering urban mobility and mass transit. In short, designing the city of tomorrow is important today.