As part of the 2019 German-American Conference, the American Council on Germany and Atlantik-Brücke released a survey on the current and future state of transatlantic relations. The survey was conducted by Prof. Dr. Galina Kolev, Institut der deutschen Wirtschaft (German Economic Institute). 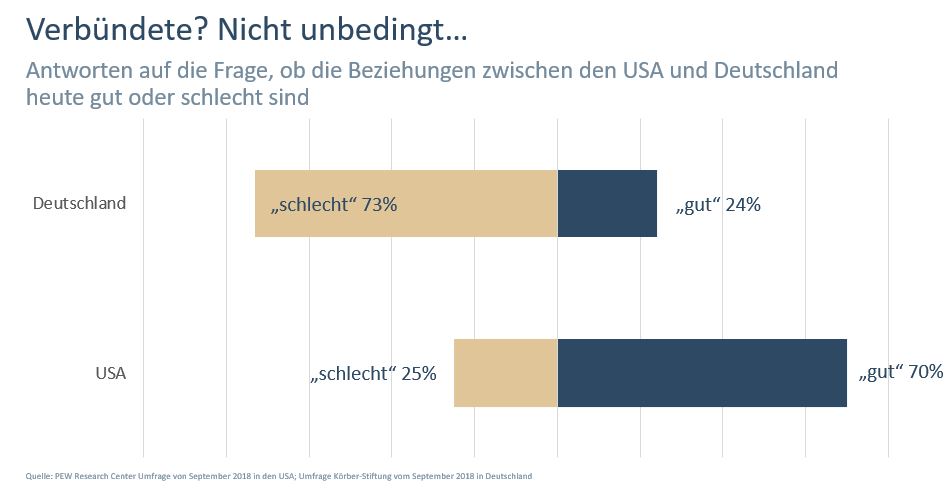 We live in difficult times for transatlantic relations. In times when not only the foundations of the global economic order, but also the traditionally close and reliable transatlantic relations can no longer be taken for granted. At a time when three out of four Germans say relations between the United States and Germany are bad today, although Americans and Germans have similar views on international and economic issues. 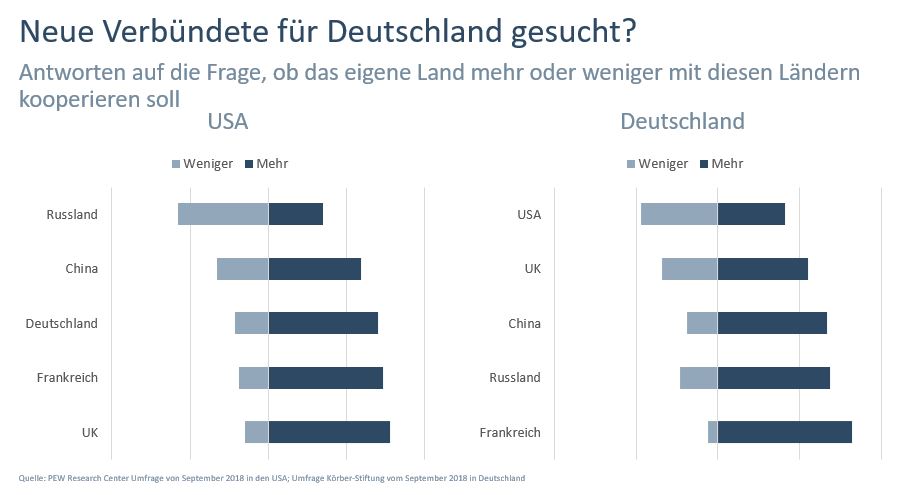 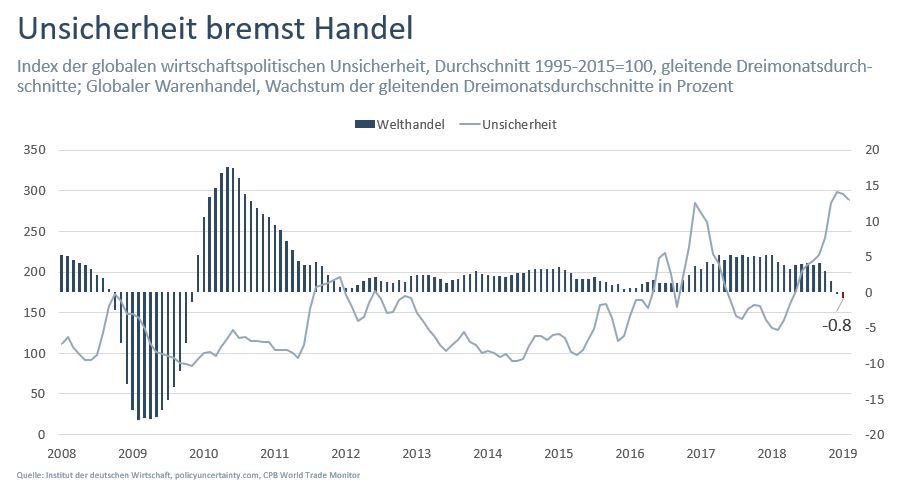 German companies are insecure and have to rethink their business model. Diplomatic action is currently difficult, economic uncertainty hangs over investments like a gloomy cloud. As our latest calculations show, world trade in the first quarter of the current year was 0.8 percent below the level of the previous year’s quarter – the sharpest decline since the global financial crisis in 2009. Part of the downturn in world trade is attributable to the direct effects of the trade conflict between the USA and China. However, the decline in confidence due to the high level of uncertainty has had an even greater impact on global dynamics. 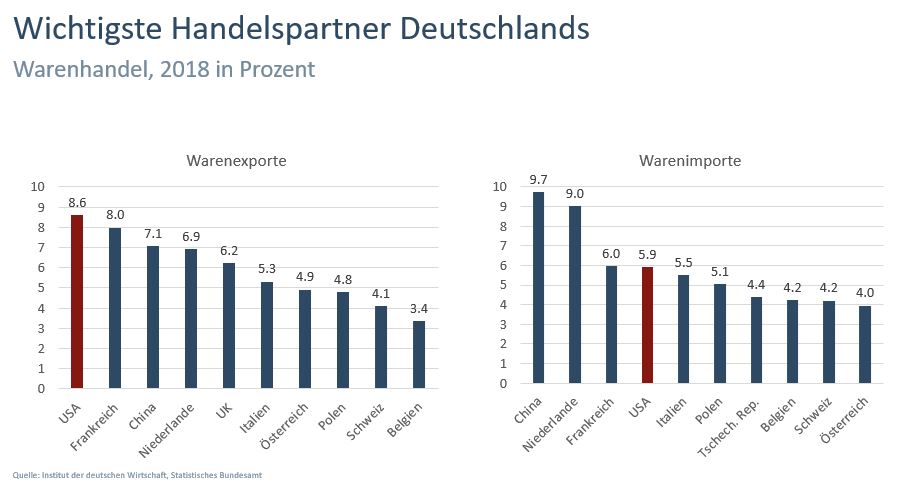 A lot is at stake for the German economy. The USA is the largest export market with 8.6 percent of German goods exports.

Machinery (including electrical machinery and telecommunications), automobiles and pharmaceuticals account for 71 percent of German exports to the USA. According to our unpublished research results, these three categories also account for 82 percent of Germany’s trade surplus in trade with the USA, which amounted to 66 billion euros in 2018. 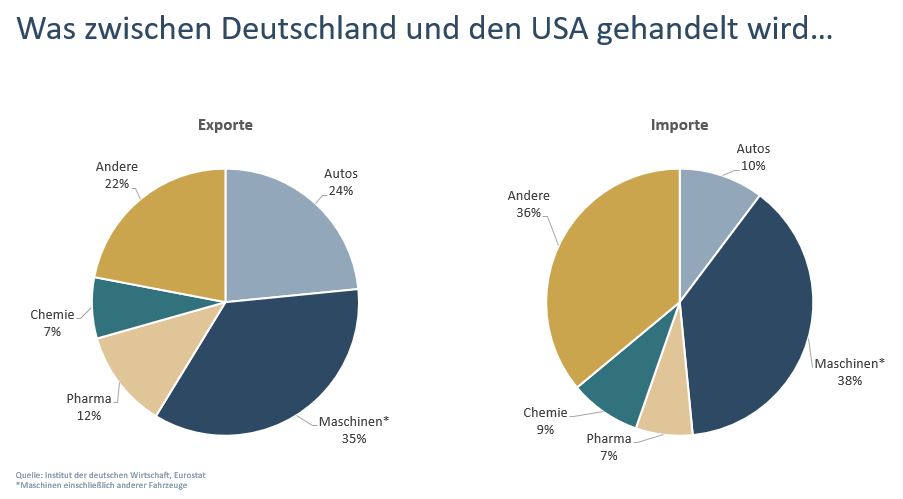 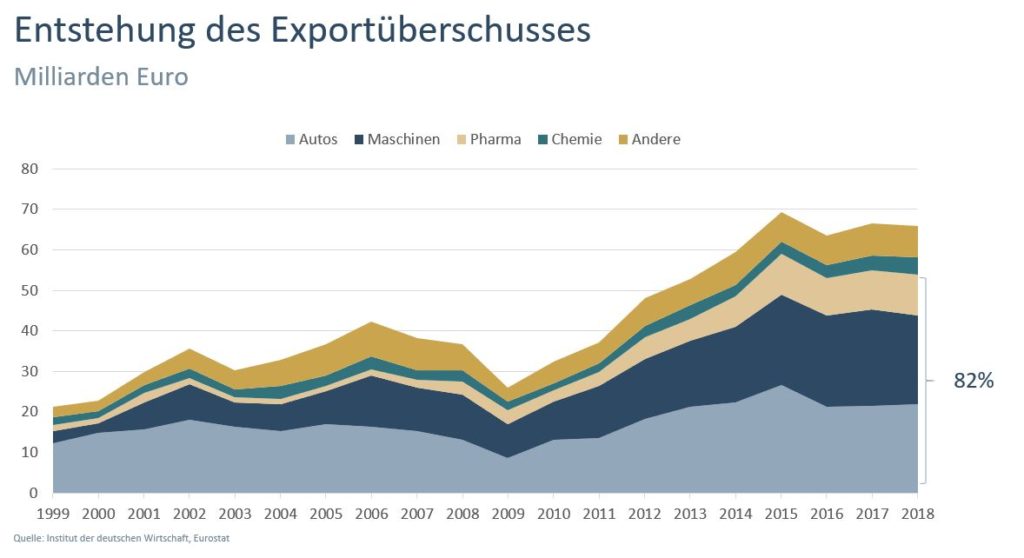 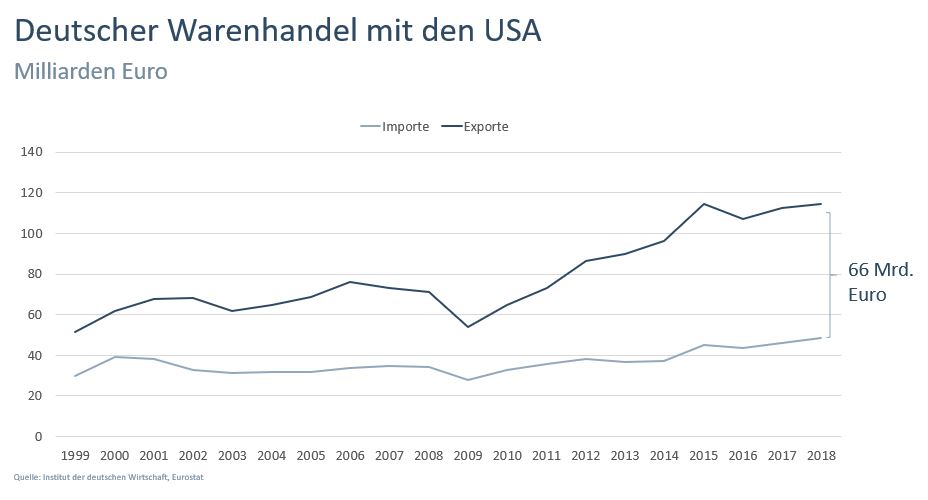 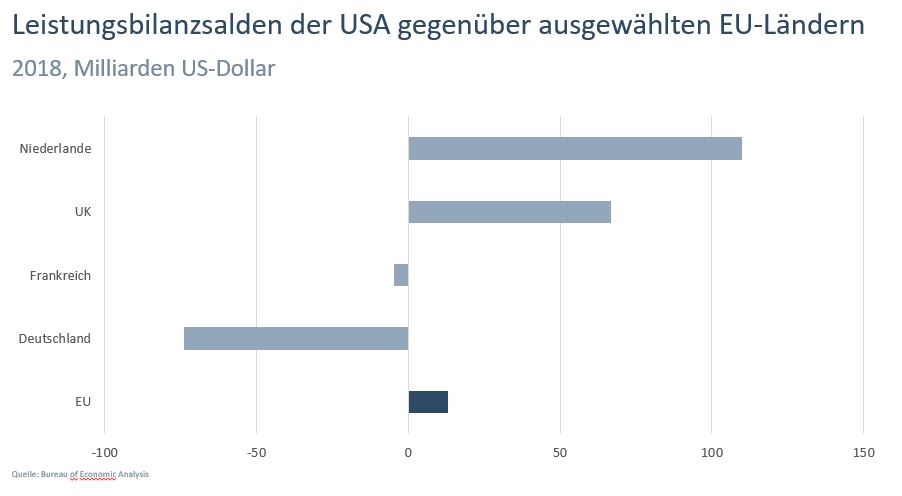 From the point of view of the USA, Germany ranks third among the countries with high trade surpluses compared to the USA. However, the US deficit vis-à-vis Germany is more than six times lower than the deficit vis-à-vis China.

In a system of flexible exchange rates, there is only one policy area that can be primarily responsible for developments in international trade: trade policy. In the EU it is not a national but a common political issue – and as such falls within the competence of the European institutions. It therefore makes more sense to look at the EU’s current account balance as a whole rather than at bilateral balances between EU member states. According to US statistics, the US had a small surplus of 13 billion US dollars over the EU in 2018 – the US surplus over the Netherlands, both from trade in goods and from remitted dividends, was about 36 billion US dollars larger than the deficit with Germany. 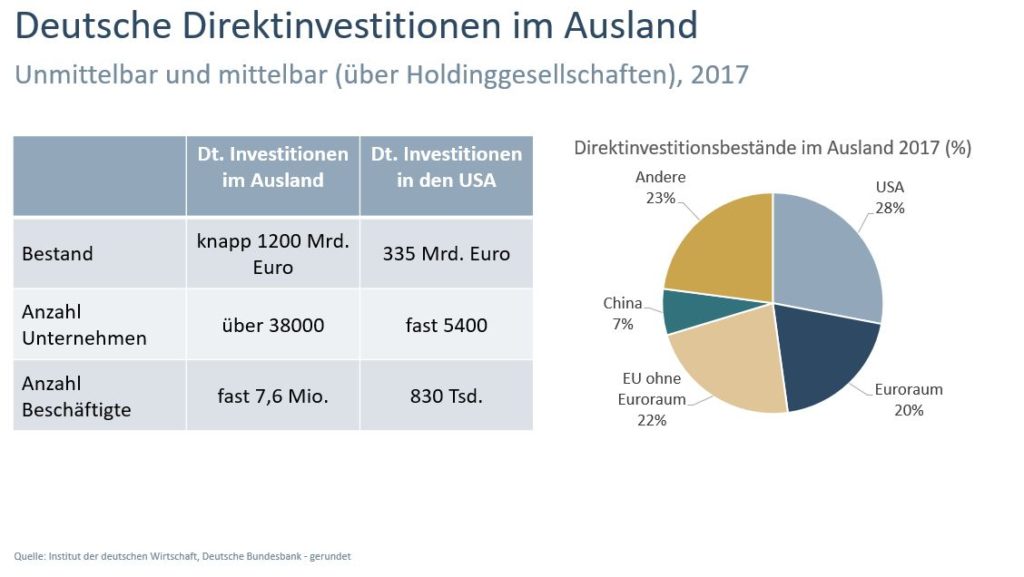 In the current situation, Germany is investing large sums of its capital abroad and financing the loose fiscal policies of countries like the US. The USA is the country with the highest stock of German direct investments abroad, i.e. large strategic investments in production facilities or shares in companies. Almost 5,400 German companies have strategic investment projects in the USA with a total volume of 335 billion euros. They employ 830,000 people in the USA and produce goods and services both for the US market and for export. The direct investments of German companies in the US economy are more than four times as high as those in China. 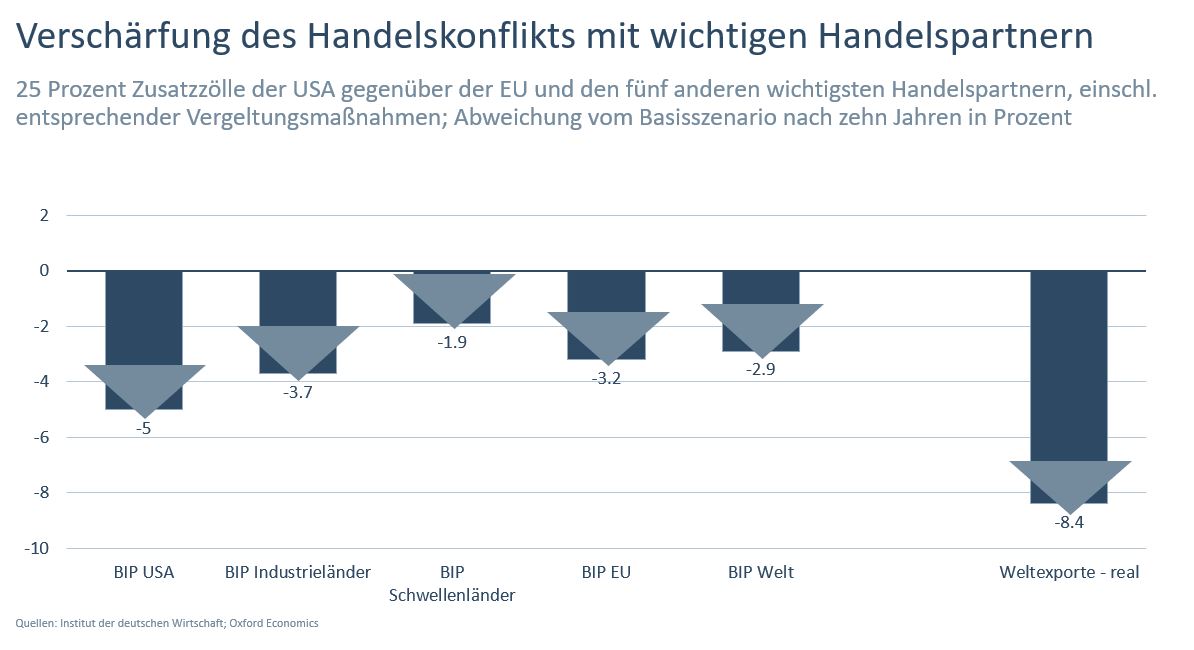 The German economy as a whole expects a decline in exports. According to the IW survey, export expectations in spring 2019 are at their lowest level since 2009. The trade conflict affects the entire global economy – even if it is still limited primarily to the USA and China for the time being. If 25 percent additional US tariffs to the EU and five other major trading partners, including retaliatory measures, were to happen, the negative impact to GDP growth worldwide in the next 10 years would be substantial. It remains to be hoped that the final result will be a modernization of global trade and investment rules – a step that has been urgently needed for some time.