The ACG supported the Heidelberg University Association with a series of four Heidelberg Lectures, which brought Nobel Laureates from the Universität Heidelberg to four different regions in the United States in the fall of 2018. The Heidelberg Lectures provided an opportunity to highlight the distinguished high level of research being conducted in German universities.

On November 13, 2018, the University of North Carolina at Chapel Hill hosted the first Heidelberg Lecture with Prof. Dr. Wolfgang Ketterle, who will discuss “New Forms of Matter with Ultracold Atoms: Superfluids and Supersolids.” Since 1998, Dr. Ketterle has been the John D. MacArthur professor of physics at MIT. He leads a research group exploring new forms of matter of ultracold atoms, in particular novel aspects of superfluidity, coherence, and correlations in many-body systems. His observation of Bose-Einstein condensation in a gas in 1995 and the first realization of an atom laser in 1997 were recognized with the Nobel Prize in Physics in 2001 (together with E.A. Cornell and C.E. Wieman).

In December 2018, Heidelberg Lectures took place in San Diego and Seattle by Prof. Dr. Harald zur Hausen, a German virologist who has done extensive research on cancer of the cervix, where he discovered the role of papilloma viruses, for which he received the Nobel Prize in Physiology or Medicine 2008. His research directly made possible the development of an HPV vaccine which was introduced in 2006.

This project is held in partnership with: 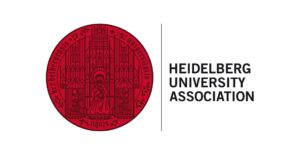